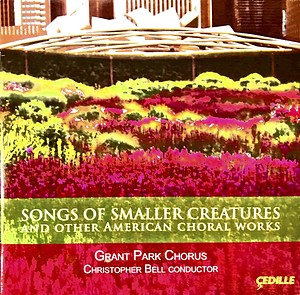 Recording of BUZZINGS for mixed chorus.

Conducted by Christopher Bell, Chicago's Grant Park Chorus is "as fine a symphony chorus as any to be found anywhere in the nation" (Chicago Tribune). Celebrating its 50th season, the chorus makes its a cappella CD debut with an all-American program of eight imaginative, moving, and sometimes whimsical works written between 1975 and 2005, including four world premieres.